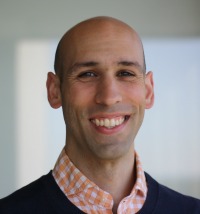 Research Interests:
My research is centered on the cellular mechanisms governing vascular remodeling in health and disease, with a particular focus on the capacity of circulating cells of the immune system to regulate blood vessel integrity, growth and repair. This interest is rooted in my study of pulmonary arterial hypertension (PAH), a disease of pathological vascular remodeling and right heart failure that is linked to immune dysfunction. PAH is strongly associated with loss-of-function mutations in the bone morphogenetic protein (BMP) type II receptor (BMPR-II), a receptor of the transforming growth factor-β (TGFβ) superfamily. Identification of this link between PAH and BMPR-II haploinsufficiency has provided considerable insight into the mechanisms governing pulmonary vascular homeostasis and makes PAH an ideal candidate for proof-of-concept regenerative and cell-based therapeutic strategies.

More specifically, I am interested in the capacity of innate lymphocytes, such as Natural Killer (NK) cells, to influence vascular growth and repair. Beyond their traditional role as the cytotoxic effector cells of innate immunity, there is a growing body of literature supporting a role for NK cells in the regulation of vascular remodelling, particularly in pregnancy. My previous work has identified a phenotypic and functional defect in the circulating NK cells of PAH patients, associated with increased TGFβ signalling and elevated production of matrix metalloproteinase (MMP)-9 by these cells. Through my ongoing studies, I aim to (i) determine the mechanisms by which NK cells influence pulmonary vascular homeostasis in health and disease and (ii) clarify the impact of BMPR-II mutations on these processes.